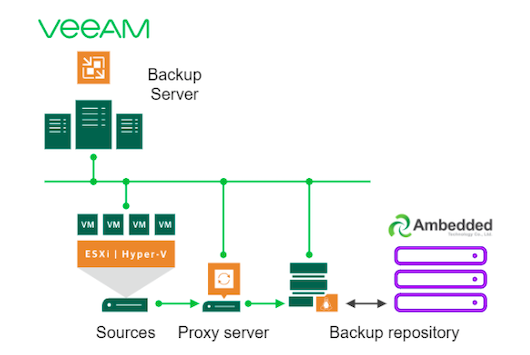 This case study explains how to use the Mars 400 ceph storage appliance as the backup repositories of Veeam backup and replication.
Ceph supports object storage, block storage, and the POSIX file system all in one cluster. According to backup requirements, customers can select different storage protocols to support the needs of various storage backup strategies.

In this article, we use Ceph block storage (Ceph RBD) and Ceph file system (Cephfs) as the backup repositories and compare their backup job durations of backing up virtual machines from Hyper-V and VMWare.

There are three ways to use the Ambedded Ceph appliance as the repositories for Veeam Backup and Replication. CephFS and RBD block devices can be used as the on-premises backup repository. The S3 object storage can be used as the capacity tier for a remote location.

For how to set up the Ceph RBD block device and the CephFS file system as the backup repository of Veeam for backing up virtual machines and files, you can find the details on the white paper in the end of this page.

(1)Backup a volume on a SSD Drive

Table 1. Backup a volume from a server with a SATA SSD.

In this benchmark, we backup a Hyper-V instance that is stored on a SATA hard drive. The processing rates of these jobs reach the upper limit of HDD bandwidth. We can also find the bottleneck is on the source because their loads are busy during 99% of the job duration. Ceph cluster, the target, workload from the Veeam backup jobs is light. Ceph cluster is only busy at 6% to 1% of the working time.

Compared to the previous benchmark, the processing rate of the VM backup is much lower than the SSD backup. This is mainly because the VM data is stored in a hard drive.

This test backs up a CentOS 7 and a Windows 10 Virtual machines running on a HDD of VMWare ESXi 6.5 host to a repository backed by a Ceph RBD with 4+2 erasure code protection.

According to the test results, Ceph RBD and CephFS have similar performance. This meets our experience regarding the benchmark of RBD and CephFS performance. Comparing the characteristics of CephFS and RBD, they have their advantages and disadvantages. If you need to deploy multiple repository servers, you have to create an RBD image for each backup repository server as you can only mount Ceph RBD on one host. Compared to CephFS, using RBD is simpler as it does not need the metadata servers. We have to assign the RBD capacity size when created, so you have to resize its capacity when you need more space.

If you use CephFS as the repository, you have to deploy at least one metadata server (MDS) in the Ceph cluster. We also need a standby metadata server for high availability. Compared to the Ceph RBD, you don’t need to give the file system a quota. So, you can treat the CephFS as an unlimited storage pool.

In this use case demonstration, our tests backup only one VM in each backup job. According to the above test reports, we know the average data writing rate is related to the processing rate and data deduplication and compression efficiency. A faster source disk reduces the backup job duration and results in a faster processing rate. Depending on users’ infrastructure, users can deploy several concurrent jobs to back up different objects simultaneously. Ceph storage performs very good at supporting multiple concurrent jobs.

A 20x HDD OSD Ceph cluster powered by 3x Ambedded Mars 400 can offer up to 700MB/s aggregated writing throughput to the 4+2 erasure code pool. Deploying multiple current backup jobs gets the benefit of reducing the overall backup duration. The maximum performance of a Ceph cluster is almost linearly proportional to the total number of disk drives in the cluster.

Use Ceph as the repository for Veeam Backup & Replication white paper 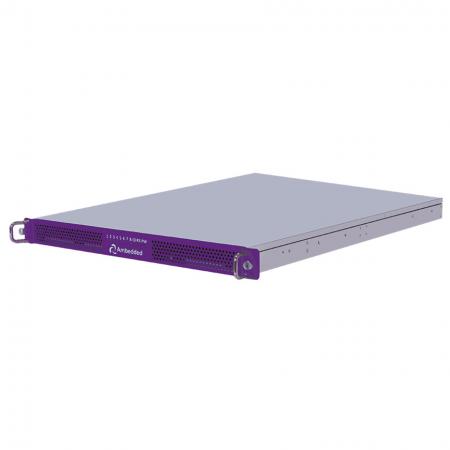 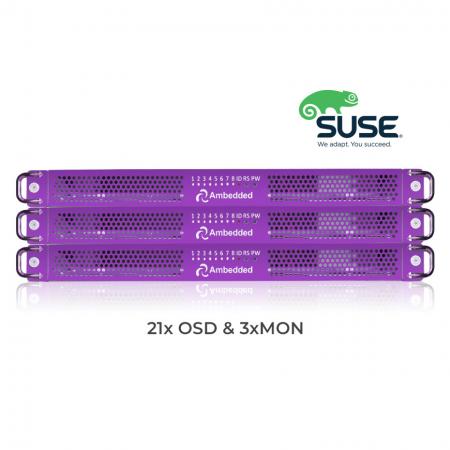 Ambedded Veeam backup and archive to work with Ceph Introduction