Server-based Surveillance System Introduction
The components of a digital surveillance system include IP cameras, storage systems, and video management software to record and manage the live and recorded video. There are generally two types of surveillance systems; the Embedded system based NVR or server-based VMS. Compare to the embedded system NVR, server-based VMS provides much flexibility, scalability, and intelligence. A larger-scale surveillance system will usually choose the server-based VMS solution.
Server-based VMS recording software can run on Linux or Windows-based servers that have an internal disk array for recorded video. Or, VMS servers do recording jobs only and store video to an external storage system. The secondary solution offers better flexibility because of the scales of the recording server and storage server are independent.
If you have a new requirement for adding more cameras or storage capacity, you can add servers for the new requirement.

However, there are still some pain points that exist in server-based VMS that need to be addressed.

In this article, we will present how Ambedded's software-defined storage appliance and Arm-based microserver integrate Network Optics' VMS software to solve some of the issues that exist in the current solution.

The microserver architecture provides greater accessibility due to its lack of a single point of failure. Every microserver node can be configured as a storage node of a storage cluster or a VMS server node of the VMS cluster. 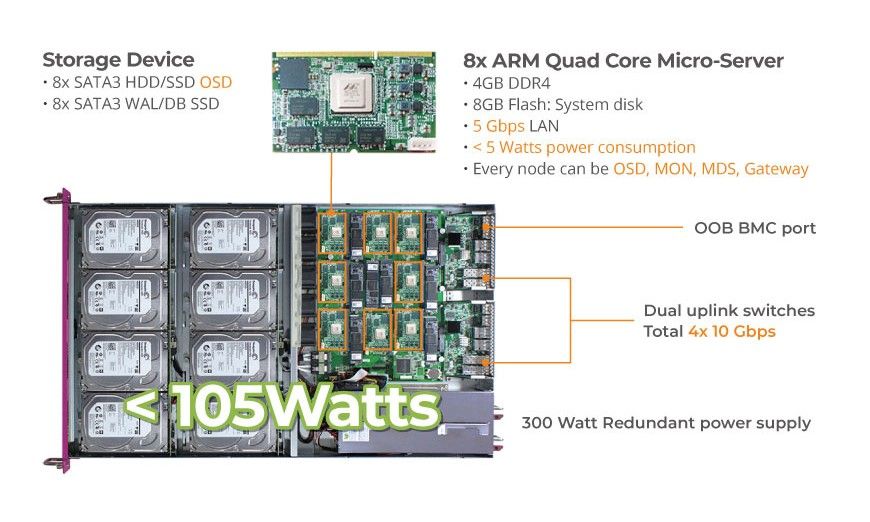 When the microserver is configured as a storage node, it joins the Ceph storage cluster to work with other storage nodes. If we configure the microserver as an Nx Server, it does his job as a VMS server and mounts a virtual disk from the Storage cluster for storing the recorded video files. This means that you can flexibly deploy the necessary number of Nx servers and Ceph storage servers all on Mars 400 microservers. Because of the advantages of microserver, you have the flexibility of scale the surveillance system with a small increment. 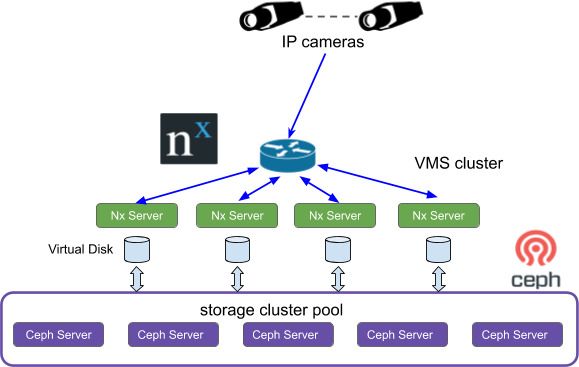 How Software-Defined Storage Protect and Reheal Data Against Hardware Failures

Ceph storage uses replication or erasure code algorithm to protect data from loss instead of the RAID controller. Erasure coding is analog to the RAID 5 or RAID 6 in the disk array but with much flexibility of allowing more disk fail currently. It can protect data not only from disk drive failures but also protect data against server failures, rack failure, and any scale of failure domain. Data or video files are first stripped to objects and every object is split to a number of data chunks and calculated redundant chunks. The storage server distributedly stores data and redundant chunks to the different storage servers in the storage cluster. If a storage server breaks, all data stored inside that server have to be rehealed. Data healing is done by all healthy servers and disks. And, only the lost chunks have to be re-healed instead of a rebuild all of the whole disks.

There are three major advantages of distributed software-defined storage compare to the RAID storage system.

How Many Camera Recording can One Microserver Support

In another test, we use fifty IP cameras for making the test in a real environment.

♦ 3 nodes are active for recording and playback. There is a spare resource on each node for one node failover.

There is a total of 4GB memory available in each node. 1GB memory is reserved for spare use. The memory amount used during the test is about 2.8 GB. The server node can stably support up to 30 cameras.

The network traffic during the test is about 150Mbps download and 130Mbps for upload. The 2x 2.5Gb network bandwidth is much higher than the real traffic.

Network Optics VMS server has the automatic server failover feature, which allows healthy VMS servers to connect cameras from a failed Nx VMS server. In our test, we set up three microservers as the Nx VMS server.  They can handle a total of 90 cameras. In the normal condition, 50 cameras under test are connected evenly to the three cameras. We simulate a server offline by turning it off. We prove 18 cameras connected to the failed server can automatically reconnect to the other two servers in about one minute.

Ambedded's vision is to make the use of Ceph software-defined storage easy so enterprises can benefit from Ceph with a shorter learning curve.

Network Optix is a software development company focused on creating cutting edge video management solutions. Our core product - Nx VMS - is an open, lightweight, customizable video management platform capable of managing offline media, live video streams, and integrated 3rd party systems and devices. Nx VMS is a free live-streaming platform - cloud enabled, remotely accessible, scalable to any size, and licensed only when recording and search of IP Video cameras are required. Nx VMS is also open for developers, with comprehensive API and SDK documentation built-in and free to use, allowing organizations or individuals to create their own video-driven applications for any vertical market or project.

We would like to thank Seagate and Network Optix for providing the Exos X16 Enterprise Hard Drives and IP cameras used for this project. 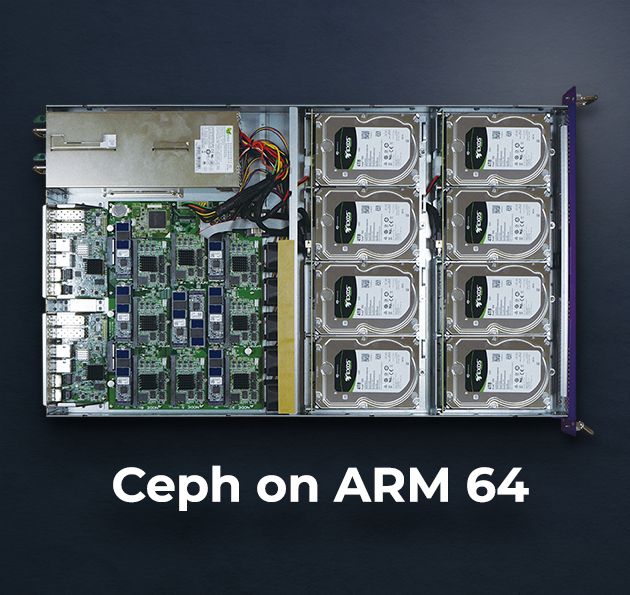 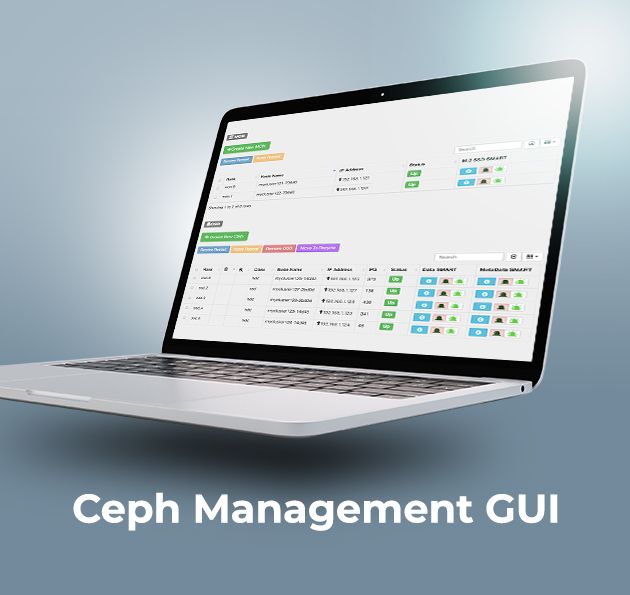